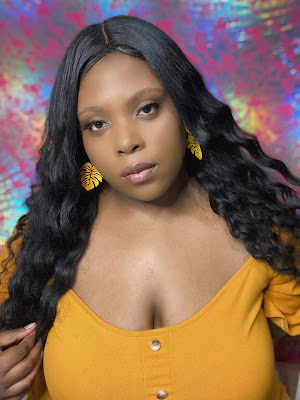 Kayla was born in Augusta, GA. Being an only child she spent most of her time alone writing poetry and drawing. Being such a shy kid she didn't speak much out of fear of being judged for her quirky personality. She would express her feelings by writing in diaries where she poured all feelings into each book. During childhood, she lost her grandmother at the young age of 9. Being that she lived with her grandmother and was raised by her, Kayla took it very hard and started to get all those feelings of hurt out in negative ways. Getting into fights, not taking school seriously. She felt lost in life without the woman who raised her and taught her the values she uses today. Healing takes time and Kayla started to heal and get back on track and meeting friends with who she could be her quirky self around by attending the neighborhood after-school program created by Pat Jones. Kayla's grades started to improve and her behavior got better with the guidance of the teachers who taught there.  Kayla started learning how to speak her opinion more and that is where she shined. Creativity was what she was known for. She won many writing contests in middle school and her artwork was normally displayed. Art and writing is where Kayla shined the most.
By the time Kayla got to high school, she started to teach herself to do digital art. Kayla started writing short novels on the computer and learning to do graphic design. She also starting looking into pursuing songwriting heavily. By the time Kayla got to her Senior year, she knew she wanted to move to Atlanta, GA to be in the world of other songwriters but also still go to school for Graphic design. Once moving to Atlanta, Kayla struggled with knowing what creative path she wanted to take. While attending The Art Insitute of Atlanta she took a script wiring class where her professor recommend she take writing seriously. She excelled in the design and writing classes and hated the marketing classes. While majoring in Advertising Design, Kayla realized she didn't want to build someone else brand, she wanted to be the brand. Kayla had her daughter at age 21 and it was a struggle for her having to drop out of college during her 3rd year and be an adult and support herself and her child. Kayla didn't let that stop her and she took that professors' advice.
It was then in 2013 she started a blog site that was dedicated to women who love girl talk, fashion, entertainment. It took her a while to even figure out the name. As many creatives do, she struggled with the brand name and direction and went through a few. Once she came up with Kayla Got The 411, it seemed perfect. That was when Kayla Got The 411 brand was started. With just a blog site in 2015, she wrote on fashion, lifestyle and most relationships articles brought the clicks in. She then decided to branch out and launch Kayla Got The 411 podcast in 2018 as well. With the podcast, she created a segment called What’s The 411. In this segment, Kayla talks about hot topics in the media and close the show with my Girl Talk discussion of the week.
As she went into 2019 she had such great feedback with the podcast, she wanted to make the brand Kayla Got The 411 bigger. Getting likes by Kash Doll, Cardi B, Cupcakke, Dr. Heavily, and many more. Kayla's post has been shared by thousands just for speaking her mind. Turning the show into an actual talk show was the next move she thought could really reach a bigger audience. Kayla Got The 411 Show premiered on YouTube in January 2020. The segments expanded by adding “Whopping Wednesday,” which is all about life and relationship topics. “What’s the 411”, talking about politics, hot topics, entertainment news. “What’s The Reaction” segment is where she gives her feedback on artists’ newest videos that drop on Fridays. Lastly, in a new segment, “What’s Good,” Kayla interviews talented unsigned artists, shout out their music for a week, and featured their songs during What’s The Reaction episodes. That way, viewers who tune in can discover these unknown artists as they’re tuning in. Kayla is all about being her true comedic self, while also sharing strong thoughts on topics like race and women's rights.