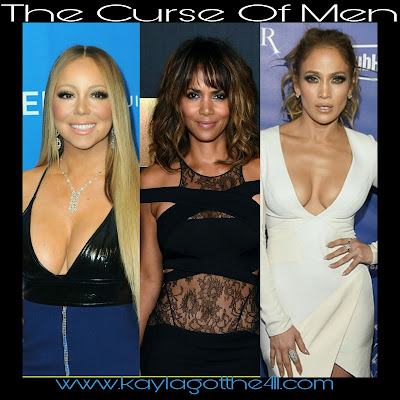 I hate to be petty. But I know you all love when I be petty. I'm having some concerns, frustrations, so many other words also about these 3 beautiful, talented, successful women. I'm just gone spit it out. THEY CANT KEEP NO MAN. I just don't understand why it always ends bad for them. These are 3 of the most beautiful women in the entertainment business. Yes Beyonce and Rihanna are beautiful too. But this post isn't about them.

So its all over the blogs, now my blog about the big fight Mariah Carey and ex fiancé James Packer. Remember she was married to Nick Cannon and had two twins before that went south. Anyways, well now her and this billionaire are beefing. She thinks he's trying to ruin the holidays. He thinks she's unstable allegedly. I got to thinking, Mariah, Halie, Jlo stay with man drama. They all are similar in age. This is something that's been going on since they were in the beginning of their career.  I don't know if its them or they choose the wrong men. Let's break down the situations with their latest guys.
____________________________ 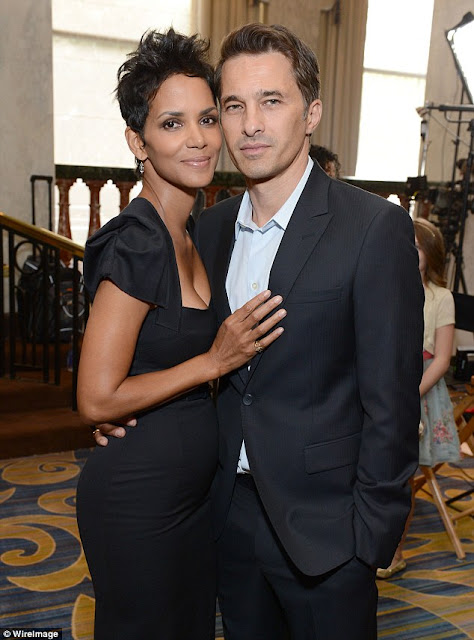 It's been over a year. Halle filled for divorce, But they seem to still be vacationing and spending the holidays together.  Nahla the 8 yr old with ex-boyfriend Gabriel, had issues as well. Let's not forget that big fight back between Gabriel and Oliver. Now we all know her ex husband Eric Benet who came out to support her other ex David Justice in that twitter rant. He accused her and her PR team of lying about domestic violence in their relationship. Let's just say Halle is not cool with none of her exes.
____________________________________________ 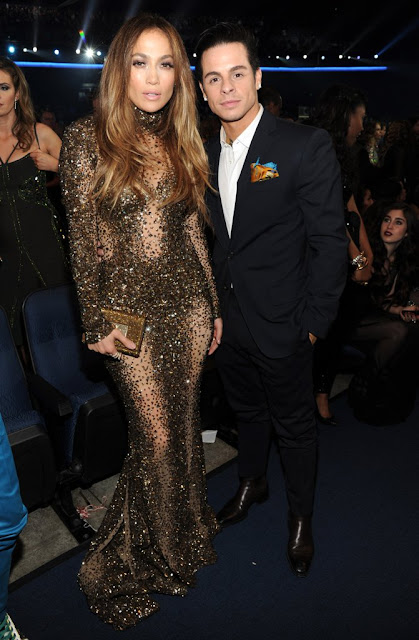 Now Jennifer Lopez can't seem to hold on to her men neither, but the difference between her and Halle, Jennifer's exes actually like her lol. When she got with back up dancer Casper the world was like #girlstop. But when we saw him by her side and her happy and him playing with her kids by ex Marc Anthony, who recently preferred to them as brother and sister after they shared a kiss online. Anyways 😐. Well Casper and Jennifer are supposedly broken up. It may be their 17th break up since dating. According to people magazine
She kicked him out because he cheated on her and he got caught,” says the source. “It happened two years ago, and he promised he would never do it again and once he did, she was done.” Jennifer said her self she loves hard. Whatever that means.
_________________________ 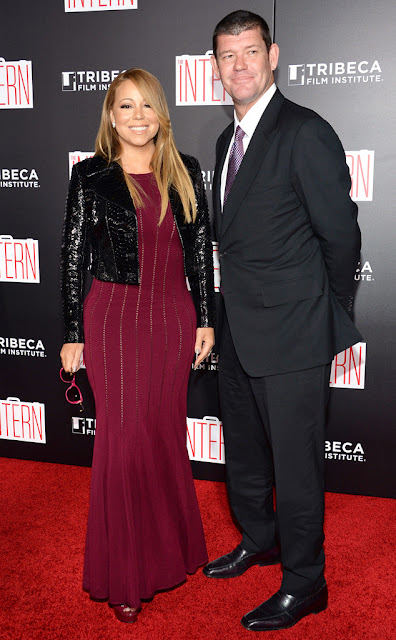 Lastly the Holiday Queen herself. She's dated her manager. Allegedly rapper Eminem some athletics and when she finally had kids, it was with Nick star Nick Cannon. We all were wondering why, and how. But like Jennifer & Casper they grew
on us as a couple. Only to break up.
Now her and ex fiance James Paker are in a media war. Mariah says he's a opportunist allegedly.
A source previously told ET that Carey feels she is owed a $50 million “inconvenience fee” she believes was discussed in prenup negotiations, despite never actually tying the knot

It seems like with Halle its her way or the high way. No compromising in relationships. She's so easy to walk away. With Jennifer she loves and trusts to much. Every guy she dates it seems like she falls hard. With Mariah I can't figure out what her issue is.

Popular posts from this blog

Arguments happen in relationships. It is totally normal for you and your significant other to have fights. The subject of make up sex or I miss you sex was a topic between co workers and I today. It was very interesting hearing others opinions on this topic. Before I jump into this topic take my quiz now below. Then keep reading. Make Up Sex Or I Miss You Sex? Make up sex, having a big blow up then making up with sex is the best I can't decide! Sex is just amazing period. Yasss, I miss you sex. The feeling of anticipation of seeing them. Other Please Specify: Poll Maker Make up sex is so passionate. After breaking up, and reuniting its a way to take out your sexual frustrations on each other. Whether its a big argument you and your man had or even break up, sometimes makeup sex can squash the beef. Have you ever been so mad at your man, then you two have rough passionate sex and all of a sudden you aren't mad a
Read More...

See Updates Below ⬇ I grew up in Augusta, Ga born and raised. My family and friends still reside here.  I have been in Atlanta Georgia 7 yrs now. Since Augusta is my hometown I stay on top of the news. Right now this story about a beautiful young girl name LaTania Carwell who is known as "Janell" is touching me. I want to share her story with hopes someone knows something and can reach out. First off lets start from the beginning. April 21 Latania Janell Carwell, 16, and Leon Lamar Tripp, 38, were last seen on Monday around 1:30 a.m. at the 3100 block of Tate Road. Lamar is her step father. Both Leon and Janell were   reported missing after not returning from a supposedly trip to help a friend with car trouble. She told police. "I heard the truck crank up and I heard the backdoor slam. I said what in the world is this man doing," said Tripp. Tripp says she quickly called her husband.  "He immediately answer
Read More...

Please Share Her Story  "Update on story" December 2, 2017 Her ex was taken into custody after he started a fire and shot himself during a two hour long standoff with police. Police found Quantez at a family members house on Friday, four days He also shot himself and tried to start a house fire before swat came in.  Also new discovery,  Tyrika called police to warn them Quantez had been threating to kill her a week before and was stalking her at work.  Again the police failed another one of our girls.  R. I. P angel he is caught you will get justice.  22 year old Tyrika Terrell was shot and killed by her ex boyfriend and child's father at her job.  Tyrika worked at the post office for 3 weeks in Decatur Georgia,  when her ex stalked her job at the near by coin laundry before gunning her down at her job. Witnesses say the gate was not secure and he came right in without a problem entering.  Tyrika mother was waiting to pick her up when the gun shots were h
Read More...

🙏Rip Amy Joyner _______________ This 16 yr old was murdered in the school bathroom at Howard High School of Technology in Delaware last Thursday. (Top left pic) She was jumped by a group of girls "Over A Boy"....Yes people over a damn boy. Nobody stopped the fight, it was caught on camera as they bashed her head in the bathroom sink.One of the girls even bragged about it on IG. This just makes my heart weaken. As a mother to a daughter, my world would crash if I got a call that my daughter was beat up, and dyed. Amy was a honor roll student and mgr of the Wresting team. Now the girls will be facing possible prison time once the autopsy report comes back. Read More Here  Good, you can sit in jail, and live with what you did.  It all starts at home. I remember I was 5, I was bullied by 2nd graders on the school bus. I would get off the bus in tears. My grandmother would fault me for not fight back. But how much can one kid do against more than one. Nobody
Read More...