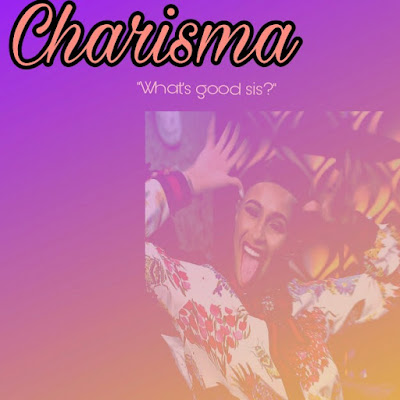 There are some of us who have a personality that just attracts people. I always say being real is what makes a person authentic and unique. When you just let your hair down and be yourself that will attract so many opportunities and of course "MEN".

I understand that some men are attracted to a fat ass and that's all.  So those raisin brains aka small minded men don't count in this conversation.  Let me spill the tea. Truthfully girls,  the reason a lot of you aren't getting any play from men is not because of your looks,  but because you're just boring,  dull and lack sauce.

A lot of women think they are to good to even start a conversation with a man by saying hello.  It's that stuck up attitude that is driving men away.
I had a conversation with a guy I know. He opened up to me that he likes women who are funny, has personality, and spunk.  He struggled dating because chicks he met were so bad on the outside, but couldn't hold a conversation like glue holds eyelashes. But he met his wife and she was just so down to earth they were inseparable.  Her looks were a bonus.

Having charisma is a gift in itself. Being able to charm, influence, and attract people is just something you got,  or you don't. It's not something you buy on ebay. Confidence plays a big part in it. Knowing who you are, and actually liking those things about yourself makes you secure in your self. How you walk, talk, and interact with men will will play a big part in that.

Also your stand-off attitude makes men not even want to approach you.  If you see a guy smile at you, a nice quick smile back won't kill you.  That's just a guys way of saying hello from a distance. A lot of girls think that every guy who speaks is trying to holla.

So working on communication skills and confidence helps with shyness.  Trust me I am the girl who attracts men just from my personality. Men I have dated have always said how great my personality is.  I am just always myself. Whether they think I'm weird, talkative, you can't knock realness. Also dating, and talking to men is the only way to help that.  Bad attitude will keep your ass lonely sis.  So simmer down,  humble yourself and let your guard down.
Email Post
Labels: bodakyellow Cardib charisma confidence funny girl nickiminaj personality rihanna women