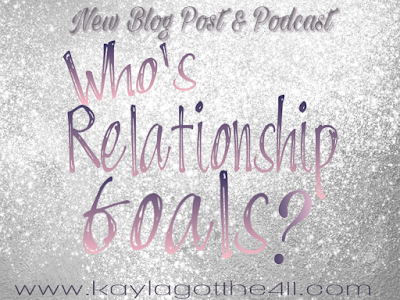 Don't speak for me or others when you say #Relationshipgoals. I'm down for inspiring and motivating the single ones to have a relationship, but let's keep it real.  Those hashtag Relationship Goals memes aren't for everyone.  So who's relationship goals?

As a millennial myself born in 1991 let me be the first to say majority of us don't have any idea what relationship goals are unless you grew up fortunate to see your parents show you by example. But lots of my generation are basing it off of social media and the reality shows.  It' has portrayed a picture that they are so perfect. Then things hit the fan and the Breaking News is, "He & She Are Divorcing After 72 Days".

The fame,  the money is what people consider relationship goals. You do know people with money and fame have issues too? 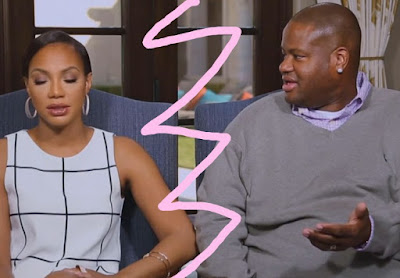 They were known as the power couple because they had TV shows,  money, artists he was managing like "Lady Gaga" and clothing lines. They seemed like the better modern day Ike & Tina without the beatings. Everyone knew them as that couple that did and went everywhere together. Just weeks before it was announced Tamar filed, they were seen loving it up as if they were going stronger than ever.  After a alledged abuse 911 call last year and rumor controlling ways he had over her. #RelationshipGoals turned out to be struggling.
_________________________________

Mary J Blige and ex husband Kendu Isaacs divorced after 12, years of marriage. Kendu was caught cheating and is currently receiving a big spousal support check after it all.  He was known as the good guy who got Mary clean and career back on track.  We looked at them as that couple still going strong. Everyone thought they were perfect.  But turns out Mary didn't think so.  She told Angie Martinez in a interview from March,

Trust me I know it isn't always a good idea to look at others relationships as goals. Truth is, there is nothing wrong with looking to other couples as inspiration and for advice.  Come on,  you have to be realistic. Cardi B & rapper Offset from rap group Migos are engaged after a few months of dating. Cardi B left a long relationship for her incarcerated ex. Lets give them more time to build their relationship before referring to them as relationship goals and not admire money,  making it rain, and icy jewelry. 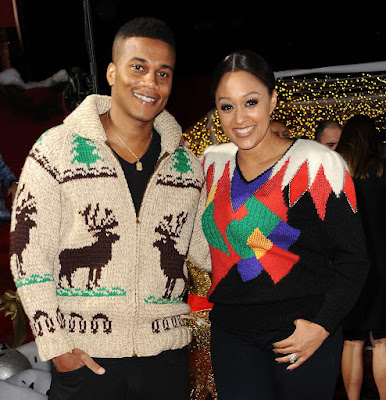 A couple of mines who I adore so much and their love story are Actor & Actress Cory Hardrict and Tia Mowry Hardrict. Both were featured on OWN new hit show "Black Love".

This couple met when she was already a established actress from the hit sitcom "Sister Sister" and Cory was a struggling actor also working odd jobs trying to better himself in California. After giving him a ride along with her sister Tamera from a movie set they remained friends. She saw the kindness and ambition in him. 17 years they have been together married since 2008 with 1 son name Cree.  They admit it isn't easy, but it's real and they are each others support systems and best friends. Cory has gone on to star in American Sniper,  All Eyez On Me and lots more.

So ask yourself what does the couple have that will hold a stable, long, healthy relationship before you hashtag #Relationshipgoals.