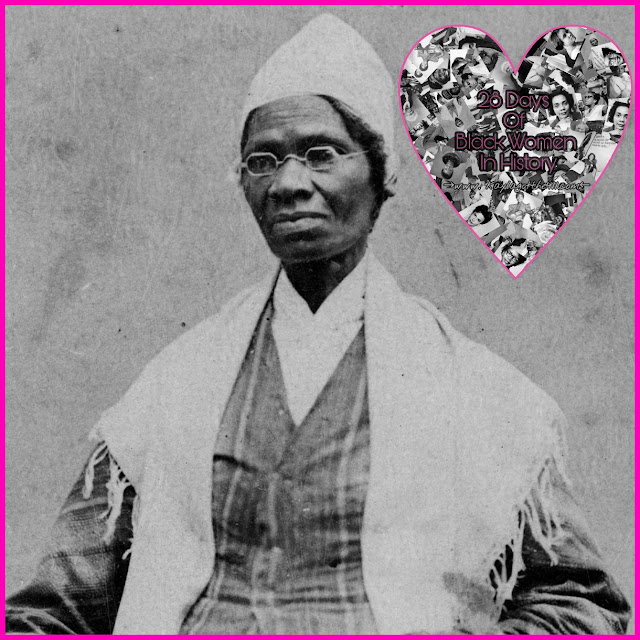 Sojourner Truth was a African American women's activist. Very motivated, intelligent woman who spoke English and Dutch. She was born in 1797 into slavery in New york. Her real name was actually "Isabella Baumfree, " but gave herself the name Sojourner Truth.

She had 3 of her children taken from her,  and sold. Back then black women children were taken so that the women could continue doing duties for the slave master. Also their children were looked at as valuable to become future slaves. As young as 5 these children were doing adult duties. In 1826 she escaped slavery with one of her daughters.  She went to court to get her son back and she won. She made history by becoming the first black woman to win a case against a white man in that manner.

After that she used her strength and bravery to help encourage and empower other freed people. She was a motivational speaker who empowered other women. “Ain’t I A Woman?” was a speech she is most known for which she delivered at a women's convention in Ohio of 1851.

Sojourner traveled to Washington DC to meet with Abraham Lincoln and involved herself into getting work for freed people. She worked hard also trying to get a state for the ones who were free.  She used her strength to speak up about women's rights,  and freedom.  All she wanted was slavery to end peacefully,  and for women to have the same rights as men.