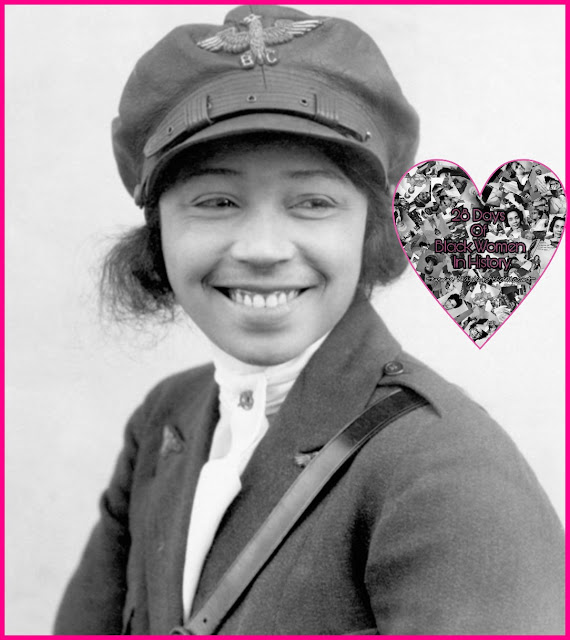 Bessie made history in 1922 by becoming the first African American woman to fly a flight in the United States. She was the first ever black woman to even earn a pilot license. She read stories about World War I pilots that got her interest in one day becoming a pilot herself. She broke barriers by actually finishing high school and attending college. She did one semester due to financial issues at Langston Industrial College.
She went on to live with her brothers in Chicago during a time when the tension between blacks and whites were at a all time high. She wanted to get out badly and expressed her dreams to her brother who showed no encouragement.

Back then every flying school denied her so she taught herself French and moved to France. Nothing was stopping her. A well known school
Caudron Brother's School of Aviation was where she attended school.  There she was the first African American woman to get her pilot license. She specialized in stunt flying and made money  performing aerial tricks.
Sadly she died doing what she loved . She died in a plane crash in 1926 while testing her new aircraft.

She paved a way for black women who wanted to fly planes .Because of her dedication she followed her dreams and made history .