- November 01, 2020
Check out my #Reaction to #BustaRhymes new video for the single #CZAR

Popular posts from this blog

Arguments happen in relationships. It is totally normal for you and your significant other to have fights. The subject of make up sex or I miss you sex was a topic between co workers and I today. It was very interesting hearing others opinions on this topic. Before I jump into this topic take my quiz now below. Then keep reading. Make Up Sex Or I Miss You Sex? Make up sex, having a big blow up then making up with sex is the best I can't decide! Sex is just amazing period. Yasss, I miss you sex. The feeling of anticipation of seeing them. Other Please Specify: Poll Maker Make up sex is so passionate. After breaking up, and reuniting its a way to take out your sexual frustrations on each other. Whether its a big argument you and your man had or even break up, sometimes makeup sex can squash the beef. Have you ever been so mad at your man, then you two have rough passionate sex and all of a sudden you aren't mad a
Read More... 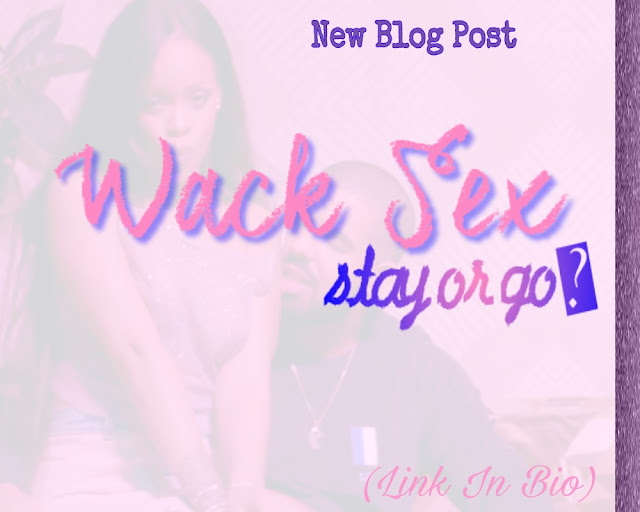 The most annoying feeling for a woman is laying next to a guy after bad sex.  Bad sex doesn't always mean the sex itself was bad.  Leaving a woman feeling unsatisfied is also bad sex.  It's like going to a new restaurant that looked great on the outside, but once you got there and tried the food it wasn't all that. It was BLAH! Men don't realize that bad sex for a woman is the biggest deal breaker. Size is not always the issue. Let's keep it real girls,  a lot of grown ass men don't know their own strokes and movements. They think because they are big in size that's all is needed.  The same way they put effort into getting meat out of crab legs, put the same effort into your woman during sex. From most women I have spoken to,  the number one problem is .. Women are soft, and gentle naturally. Sex is all about the anticipation. Foreplay is cool if that's what you're into.  Kissing, licking, sucking are all some key things guys can do t
Read More...